I am an ecologist with interests in the geologic (hydrology, geomorphology, etc.) and social sciences.  My research primarily addresses the causes and consequences of major changes in ecosystem structure, and I am particularly interested in how biological processes feed back on and interact with physical and social processes.  I try to focus on questions that have relevance to both ecological theory and environmental decision-making, and to use a variety of approaches (descriptive field studies, experiments, and models) to answer them.  To date, this work has mostly taken place in streams, rivers, and wetlands, but has also included terrestrial landscapes, particularly in urban environments.

I joined the faculty of the Nicholas School of the Environment at Duke University in January of 2012.  Before that, I was a post-doctoral researcher with Dr. Matt Cohen at the University of Florida and an Assistant Professor in the Department of Biological Sciences and Southeast Environmental Research Center at Florida International University.  I received my Ph.D. under the guidance of Stuart Fisher at Arizona State University.

I love living and eating in Durham, NC, playing ultimate frisbee (on the wrong side of the aging curve), and learning from my son Rowan (1 year) and wife Amber (of 8+ years). 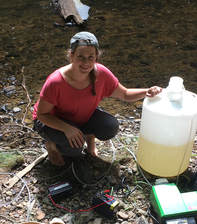 Cathy joined the Heffernan Lab in the fall of 2015, through the University Program in Ecology. Her research interests include impacts of limitation on daily rhythms in biological behavior at an ecosystem level, the interpretation of fine-scale patterns in solute chemistry of streams and lakes, and the biology and ecology of landform pattern development. 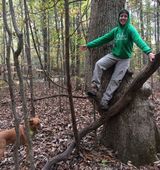 Chelsea came to the lab from the salt marshes of southern Virginia in 2013, to get a PhD in Environment. Her dissertation focuses on the ecological limitations and potentials of artificial aquatic systems, especially ditches. Broadly, she is interested in how water connects and sustains socio-ecological systems. Before Duke, Chelsea worked for Chesapeake Environmental Communications, The Nature Conservancy, MacArthur Agro-Ecology Research Center, White Mountain Research Station, and the Virginia Department of Conservation and Recreation. She got a BA in biology and environmental studies from Carleton College in 2010, and is a Virginia Master Naturalist. View Chelsea's website here.

Brooke is the lab manager for the Duke River Center. She makes the trains run on time and is involved in some way in almost everything we do. 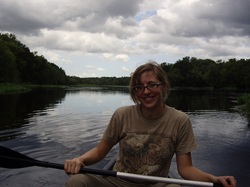 Dr. Megan Fork completed her PhD in 2017. Her PhD research is focused on the dynamics of dissolved organic carbon (DOC) in urban watersheds, starting in engineered headwaters like gutters and stormpipes, continuing through urban streams via pulses of stormwater runoff, to the downstream rivers and reservoirs to which they drain. Megan also wrote a blog for the Nicholas School. Megan received her MS in 2012 from Florida International University, studying the effects of carbon from terrestrial and aquatic sources on denitrification rates in large rivers of northern Florida. She received her BS from the University of Wisconsin-Madison in 2008. She is now a post-doc at Umea University in Sweden. View Megan's website here. 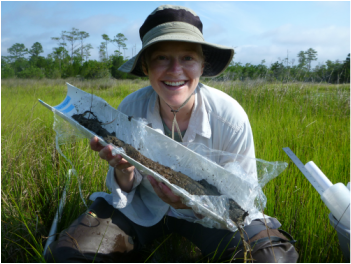 Dr. Anna Braswell completed her PhD in 2017, and is now a post-doc at the University of Colorado - Boulder. View Anna's website here. Anna's PhD research focused on the question: What are the ultimate drivers of coastal wetland formation and loss? Anna used geospatial analysis and wetland sediment core records to understand how coastal wetland extent and age depend on watershed sediment delivery and land use, coastal morphology, and storms.

After earning her BA in Environmental Studies from Washington University in St. Louis, Anna worked as a research assistant in California at the Channel Islands National Park and a Biologist for the USFWS. She completed a MS in Biology under Dr. Julia Cherry at the University of Alabama. The focus of her master's research was on the effects of large-scale disturbances (hurricanes and fire) on salt marsh ecosystems. 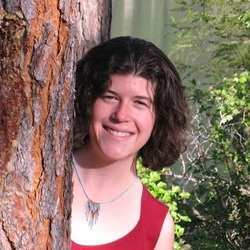 Alison's post-doctoral research in the Heffernan lab used simulation modelling to understand how organism physiology,  stoichiometry, and nutrient limitation influence fine-scale variation in nutrient fluxes. Officially a Heffernan Lab alumni, Alison is currently at the USGS and a collaborator on our StreamPULSE project.  Between Duke and the USGS, Alison did a post-doc at the University of New Hampshire working on long-term water quality trends in the Northeastern US. Click for Alison's CV and website.

Meredith Steele (now on the faculty at Virginia Tech) worked on the effects of land use on the distribution of aquatic ecosystems at continental scales.  Meredith continues to collaborate with us on the Urban Homogenization project as well as new work examining how the structure of cities changes with size. 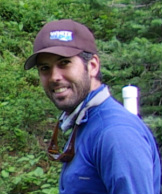 Tim's research focused on the fine-scale nutrient dynamics of New Hope Creek in the Duke Forest.  In January 2014, Tim starts a new job as an assistant professor in the newly formed Department of Ecosystem Science and Sustainability at Colorado State University.  Learn more about Tim's research at his website here. 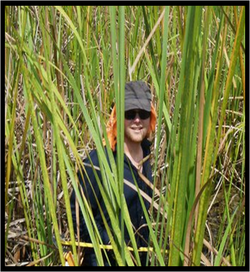 Ewan's Masters thesis at FIU addressed the spatial patterning and distinctness of vegetation communities in the ridge-slough landscape of the Everglades, and shows that changes in vegetation structure lag behind microtopographic responses to hydrologic change.  Ewan defended in October of 2013, and is now working in the Doyle Lab.

Katie, Heather, and Han investigated trends in water quality over space and time, and their relationship to land use, in the Albemarle Sound.

Colin's MP addresses relationships between land use and groundwater denitrification in northern Florida.